Why Are The Romance Languages Romantic?

There Were These People In Togas..... 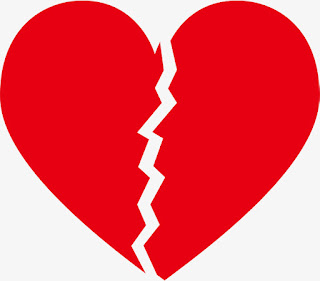 Ahhh, the Romance languages! The languages of love and affection. Of sentiment and rapture. Just the thought of a little French drove Gomez Addams into a wild-eyed frenzy (“Tish! That's French!) Everybody knows how fiery Latin lovers can melt a woman's heart with just a few words in Spanish or Italian. These are the languages of the heart, of the soul, languages spoken by hot-blooded, fervent people of intense passion and ardor. Right?

I know it's February and there are hearts and flowers and depictions of Cupid everywhere you look, but I'm gonna rain on your love parade just a little bit when it comes to the origins of romance. Or at least of romantic Romance languages.

Once upon a time, there was this bunch of people who ran around in togas. I'm not talking about John Belushi in “Animal House.” No, these were the folks who sort of thought they ruled the world …..because, for a while, they pretty much did. That would be the Romans. From their home in Rome they roamed o'er land and foam until they established an empire that encompassed much of what was then the known world. And in doing so, they impressed their native language upon the natives of that far-flung empire. That language, of course, was Latin. More specifically, Vulgar Latin.

Now that doesn't mean that the people who spoke Latin were crude and unrefined......although I'm sure some of them were. The word “vulgar” in this case means “common.” Classical or “high status” Latin, the “dead” language you struggled with in high school, was the official, formal language of the empire. Upper crust, educated Romans used it in decrees and formal speeches and such. Vulgar Latin was the common language of the common folk. Certain socioeconomic classes spoke both forms, but it was the “common speech,” the “sermo vulgaris” or “Vulgar Latin” that eventually evolved into the Romance languages.

I'm not going to go into all the arcana of “dialect leveling” and other complicated and, frankly, boring aspects of linguistic evolution. Let's keep it real and relatable. Compare a map of the ancient Roman Empire with one of the modern world. Go ahead, I'll wait. See there? The bulk of the western Roman Empire consisted of Italia, Gaul, and Hispania on the Iberian peninsula. These roughly line up with modern day Italy, France, Spain, and Portugal. And, of course, although there are dozens of subsets, the main Western Romance languages are Italian, French, Spanish, and Portuguese.

So where does all the romance come in? Quite simple, really. “Romance” as we use it today is a fairly modern concept. The origins of “romance,” however, have nothing at all to do with hearts and flowers and Cupid and love: it is merely a reference to something related to Rome, something Roman. The word “romance” itself is a derivative adverb of the early Latin “Romanicus,” meaning “of the Roman style.” “Romanicus” became “romanice” in later Latin, and evolved into “romanz” in Old French, and from there, ultimately, to “romance” in English. So when you use the term “Romance language,” you are simply referring back to Vulgar Latin, which was the “Roman style” of speaking. Disappointing, right? Kinda takes all the romance out of it.

As to how “romance” became connected to the lovey-dovey stuff, well that's pretty mundane, too. Back in the early Middle Ages, the French people particularly began telling – and later writing – heroic tales for their own amusement and entertainment. These stories usually involved knights and maidens and fantastic, chivalric deeds and, because they were told or written in the vernacular French language, they became known as “romanz” stories, sometimes expressed as “romancier,” meaning “to narrate in French.” By the 17th and 18th centuries, such “romance” adventures were being commonly thought of as love stories and the word “romance” itself soon became associated with love and all its attendant attitudes, trappings and symbols.

There you have it. That mushy hearts and flowers and Cupid and lovey-dovey stuff all traces back to common people in togas. Well, sort of; only citizens were actually allowed to wear togas, but that's another story. Anyway, maybe now you don't feel quite as romantic as you did before, but at least you're a bit smarter.